Khoma joins in Royal Thief in the new update 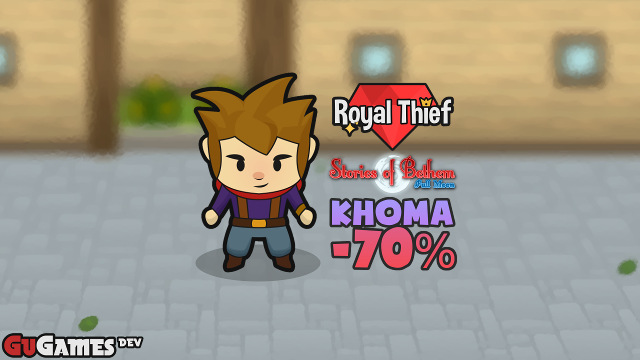 There is a new update available for Royal Thief on Google Play and GameJolt that includes a new character: Khoma, from Stories of Bethem: Full Moon.

Khoma can move with great speed around the map and attack up to three units away from his target. He also uses magical orbs, like the Red Witch included from the original game.

The Bethem wizard enters on Royal Thief with energy; he is one of the most powerful bandits of the game. A must-hire character for any band! To get this new character just check out the GuGames On Sale section of the game and you'll find him 70% off. The offer will be available until February 14 (included).

In addition, the only way to get this character is by hiring for the first time at GuGames On Sale. Once you have done that, Khoma will be added to the store of bandits when you complete a level.

This means that if you lose this opportunity, you won't be able to get him until he is available at GuGames On Sale again. What are you waiting for? Don't think twice and hire the coolest magician of the kingdom of Bethem!

Don't forget to play Bands Battle mode, so others players will see your new character and they will be envy!